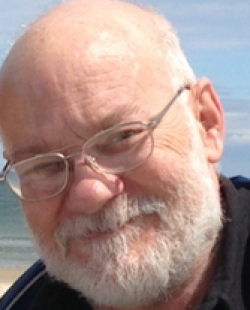 David Terenzi of Revere, formerly of East Boston died September 2, 2014. Born September 7, 1955, he was the son of the late Quirino Richard and Eleanor Terenzi. Brother of Michael Terenzi and Dolores and husband Vincenzo DelViscovo all of Londonderry, NH and the late Rita E. Fardella. He is also survived by 6 godchildren, and several nieces and nephews. David graduated from East Boston High School in 1974. David attended East Coast Aero Tech then enlisted in the United States Air Force. After an honorable discharge, he then went on to work at General Electric in Aviation for over 30 years. A Funeral Mass will be at 10:30 am, Saturday, September 13th at Saint Jude’s Parish in Londonderry, NH. Interment at Pleasant View Cemetery in Londonderry. In lieu of flowers, donations can be made in his memory to the POW MIA Foundation 7407 LeGrande Street South, Jacksonville, FL 32244. To sign the online guestbook, click on “Share a Memory” to the left.