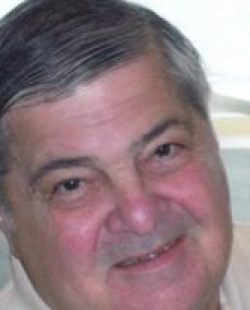 Mauro, Richard A. of Lynnfield formerly of Revere on Nov 27th. Devoted son of the late Stephen and Frances (Scorzello). Beloved father of Deborah Touhey and her husband Brian of Milford, Stephen and his wife Rita, Richard and his wife Lynne all of Saugus and Robert of Revere. Loving papa of Richard Jr, Dante, Ava and Sophia Mauro. Dear brother of Patricia Memmolo of NH, Margaret “Tootie” Clarke of Saugus, Frances “Muggins” Gulla, Stephen Mauro and Linda Grasso all of Revere. Long time companion of Linda LaGreca of Lynnfield. Also survived by his former wife Joan (Krovitz) Mauro of Revere and many loving nieces, nephews and friends. Funeral from the Paul Buonfiglio & Sons-Bruno Funeral Home 128 Revere St Revere on Monday Dec 1st at 10:00 am Funeral Mass in St Mary of the Assumption Church at 11:00 am. Relatives and friends are kindly invited. Visiting hours will be Sunday 2 – 6 pm. Richard was a strong advocate of the union glazing and construction industry, Founder and owner of Tower Glass Co. Inc. of Woburn, MA where he worked with his three sons and he was a long time member of Glaziers Local 1044. Richard was past president and officer of the Glass Employers Association of New England, a trustee on the local Pension, Annuity and Health & Welfare Funds and was the driving force behind the expansion of the new training facility in Brentwood, NH for the Finishing Trades Institute of New England. When construction was completed the industry recognized Richard with a very distinguished plaque in addition to dedicating a classroom in his name. Richard was strong and devoted supporter of St Mary of the Assumption Church, the Juvenile Diabetes Association, and Revere football programs through the McCarthy Foundation, named after his friend Mac, which raised funds to make major upgrades to the Stadium. In lieu of flowers please make donation to the Juvenile Diabetes Foundation of NE 60 Walnut St Wellesley MA 02481. Interment Woodlawn Cemetery.