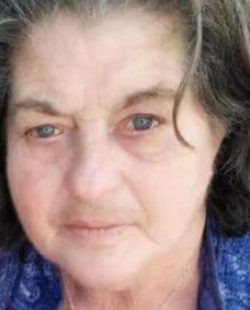 Joanne Marie (Palermo) Esposito passed away unexpectedly on August 14 at age of 75. She battled with diabetes, COPD and many other health conditions. She was in and out of hospitals for months. Originally from Chelsea, Joanne was born on November 15, 1945 to the late Mary (Scaduto) Flournoy and the late Samuel Palermo of Chelsea. She is survived by her ex-husband, Anthony S. Esposito (81), of East Boston and the former chef at Jevelis for many years. They had 6 children together. Joanne was the loving mother of Sharon Marie Esposito (36) of Lynn, formerly of Providence RI, Doreen Palermo of East Boston (58), William A. Esposito (57) of Lynn, Samuel J. Esposito (42) of Swampscott, Joanne L. Esposito (51) of Texas and the late Anthony Esposito. Cherished grandmother of ‘s children, Danayzah Marie Esposito of Lynn, Arrianna Ramos of RI , Natalise Ramos of Lynn as well as Kali Esposito and Chad Esposito and Angelica Esposito. Adored great-grandmother of 10 month old Jasely Walmsley of Lynn. She was the dear sister of the late Joseph Palermo and Richie Palermo, both of East Boston. A visitation will be held at the Paul Buonfiglio & Sons-Bruno Funeral Home, 128 Revere Street, Revere on Sunday, August 22, 2021 from 1:00 PM to 3:00 PM. Relatives and friends are kindly invited. For guestbook, please visit www.buonfiglio.com