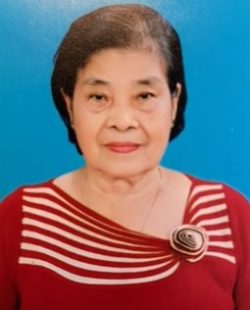 Kosom Sak, 78, passed away on November 17th 2021, with her family by her side in Revere, Massachusetts. She was born on June, 11, 1943, in Battambang province, Cambodia. She graduated college in Education major. She worked as a middle school teacher in her hometown, where she met her husband who was also working there at the time. They got married in 1962. She is survived by two sons and two daughters. Throughout her life, she had worked hard to support her family. Educating people in need has always been her passion. Teaching is something she very much enjoyed.  After her retirement, she came to the United States and lived with her youngest daughter in Revere. She became ill after three years she had lived here. She was in and out of the hospital for these past two years which has taken a toll on her. However, she was a strong woman. She endured all the pain, and was able to make it through after so many surgeries. She was diagnosed with stage 4 pancreatic cancer in early November. Before we knew it, it was too late to save her from it.  A visitation will be held at the Paul Buonfiglio & Sons-Bruno Funeral Home 128 Revere St, Revere on Saturday, November  20. 2021 from 8:30am to 9:30am followed by a Witness Cremation at Woodlawn Cemetery in Everett.