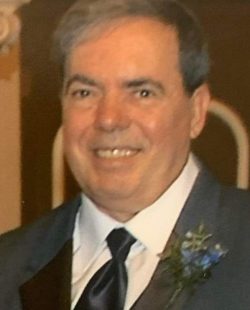 Nardone, Thomas William of Methuen formerly of Revere on January 16, 2022 at the age of 74. Born in Chelsea on October 19, 1947 to the late Frederick Nardone and Sarah (McGarrell). Beloved husband of Yingshan Nardone of Methuen and is preceded in death by his loving wife Dorothy (Mottolo) Nardone. Caring father to Thomas Nardone and his wife Alison of Nashua, NH, and Lisa Nardone of Winthrop. Cherished grandfather of Matthew, William, Rebecca, Samuel, Juliet, Anna, Luke and Faith Nardone of Nashua, NH. Dear brother of Barbara Comeau and her husband Eugene of GA, and the late Frederick Nardone Jr. Adored uncle of Chris Comeau of GA, and Lance Comeau of RI. Thomas proudly served his country in the United States Army where he was stationed in Germany and Korea during the Vietnam War. He enjoyed playing pool and grew up at the Broadway poolroom. Thomas traveled any chance he could and loved sharing the stories of his travels. After his career in the airline business Thomas worked for the City of Revere in the health department. He will truly be missed by all who knew him. A Visitation will be held at the Paul Buonfiglio & Sons-Bruno Funeral Home 128 Revere St, Revere on Monday, January 24, 2022 from 9:30am – 10:30am followed by an 11:00am Mass at St. Anthony’s church in Revere. Relatives and friends are kindly invited. Interment Woodlawn Cemetery. In lieu of flowers donations can be made in his memory to: Andrew Tager Fibrosis Research Center and mailed to Massachusetts General Hospital Development Office, 125 Nashua Street, Suite 540, Boston, MA 02114. All donations received will go to IPF research.