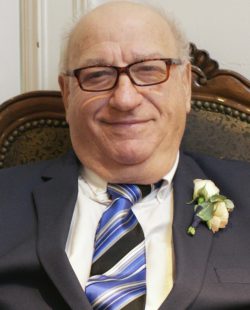 Salerno, George John Jr. of Revere, formerly of Revere / Salem, passed away suddenly on February 27, 2022. Husband to Carolyn (Baldasaro) Salerno for 25 years and they shared 3 children. He was a devoted father to Michael Salerno of Salem, Robert Salerno of Denver and Karen O’Neil and her husband Michael Pizzo of Kingston. Grandfather of Michael-Derek Salerno, James Thomas O’Neil and two step-grandchildren as well as loving uncle to his many nieces and nephews. He leaves his dear brother Richard Salerno and his wife Peggy of Saugus, his sister Carol and husband Robert Hornsby of Lynn, Sally Beatty, Marlene Brooks, Mary and her husband Jim Irwin and sister Joyce Salerno all of Revere. George was predeceased by his father George John Salerno Sr. and his mother Mary (Zizza) Salerno. After growing up in Revere, George and his wife Carolyn moved to Salem in 1976 where they raised a family together before they were divorced in 1988. George worked for owner and great friend Ronald Roberto of Roberto’s Fruits and Vegetables for over 30 years, an industry he loved dearly and never missed a day of work. He had a talent for fixing almost anything, repairing cars, painting and cooking for neighbors, family and friends. While his kids were growing up in Salem he was known as ‘Uncle George’ to all their friends, always there with a smile, eager to help especially if it meant he could cook for you. He will truly be missed. All services are private and under the direction of the Paul Buonfiglio & Sons ~ Bruno Funeral Home, 128 Revere Street, Revere.