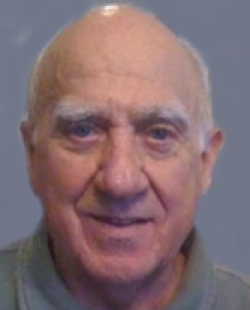 James Aloisi died at home, in the loving care of his family, on Friday, November 29, 2019 at the age of 93. Jim grew up in Medford, the youngest of the seven children of Agrippino and Antonetta (Speranza) Aloisi. His sisters Mary, Rose, Josie, and his brothers Joseph, Mike, Sam and Frank predeceased him. He was a graduate of Medford High School and as a young man he earned the distinction of becoming an Eagle Scout. Jim married Rose Costa, an East Boston native, four years after he returned from naval service in the second World War. They were born two weeks apart in the same month of the same year, and they died two months apart, as if they were always meant to be closely linked through life’s journey. He was a part of that “Greatest Generation”, the men and women who took their courage for granted. That courage was born in their perseverance, overcoming the deprivations of the Great Depression and, later, defending the world in a global conflict when the cause was clear and the moral imperative never in doubt. Jim served in both the Atlantic and Pacific theaters, notably guarding ships on the perilous Murmansk Run. Jim and Rose were married in June 1949, settled in East Boston, had two children, and lived and loved through good times and bad through 70 years of marriage. Jim worked for many years for the Great Atlantic & Pacific Tea Company, and during the Christmas holidays he would work evenings at the Post Office in order to earn a little extra money to pay for the holiday presents. In later years he worked for the Massachusetts Department of Public Utilities, heading the rate setting division. Rose was a formidable cook and Jim was a formidable eater. In food they found a special place of enjoyment and pleasure. In retirement they summered in Oak Bluffs on Martha’s Vineyard, where Jim found special enjoyment in creating and tending a lush seasonal garden. Before he died he was the oldest living member of the Saint Agrippina Society, a religious group that venerates the patron saint of Mineo, Sicily. His son James Jr. and daughter Carol Ann would like to acknowledge the support and care of the Care Dimensions hospice team, and the home care support provided by truly wonderful people who seamlessly worked with the family to make a challenging time manageable. Jim Aloisi is mourned by his two children, who will miss the warmth of his gentle, generous, spirit, their spouses Paul Rehme and Susan Ward, and many nieces, nephews and extended family and friends. The family strongly prefers that In lieu of flowers donations be made to either St. Jude Children’s Research Hospital, 501 St. Jude Place, Memphis, TN 38105 or to Care Dimensions, 75 Sylvan Street, Suite B-102, Danvers, MA 01923. A Funeral will be held from the Paul Buonfiglio & Sons-Bruno Funeral Home, 128 Revere Street, Revere on Wednesday, December 4, 2019 at 9:45 AM. A Funeral Mass will follow at Sacred Heart Church, 45 Brooks Street, East Boston at 11:00 AM. Relatives and friends are kindly invited. A visitation will be held on Tuesday, December 3rd from 5:00 PM to 8:00 PM at the Paul Buonfiglio & Sons – Bruno Funeral Home.