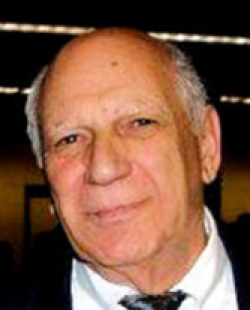 Curreri, Jerome “Jerry” of Revere on October 24, 2019 at the age of 84. Born in Boston on January 31, 1935 to the late Joseph and Mary (Grassa). Beloved husband of the late Marion (Vengren). Devoted father of David Curreri and his wife Elaine of Middleton, Steve Curreri of Revere, and Paul Curreri and his wife Mary Beth of North Easton. Cherished grandfather of Alex, Christina, Joseph, Daniel, Jonathan, Anthony, Patrick, and Grace. Dear brother of Nicholas Curreri and his wife Diane of Peabody, and the late Richard Curreri and his surviving wife Phyllis. Also survived by many loving nieces and nephews. Jerry proudly served his country in the United States Navy during the Korean War. Jerry loved spending time with his family and enjoyed attending his grandchildren’s sporting events. He and his family would travel to their home in Maine for holidays and vacations. Jerry was an avid fisherman who liked boating. Some of his other activities included skiing and golfing. He would eventually teach all of the grandkids how to golf. A visitation will be held from the Paul Buonfiglio & Sons-Bruno Funeral Home 128 Revere St, Revere on Monday, November 4, 2019 from 9:00am to 10:30am followed by an 11am Mass at the Immaculate Conception Church in Revere. Interment Woodlawn Cemetery. In lieu of flowers donations may be made in Jerome’s name to the Revere League for Special Needs,200 Winthrop Ave, Revere. MA02151.