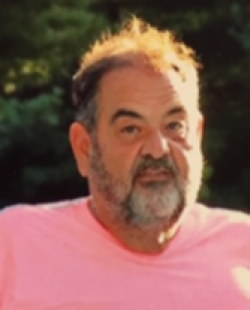 James Gennari Sr., loving father and grandfather, founder and manager of Pinstripe Parking died on Friday, June 21 at Massachusetts General Hospital. He was 67 years young. Family was Jim’s priority. He was married to his wife and love of his life, Ann Marie Gennari for 25 years. He was Jimmy, James, or Jimbo to Ann Marie and he was Papa to Miles and Valentina Kennedy, children of his beloved daughter Janel Gennari Kennedy and her late husband Christopher. Jim derived great joy from his two little ones. They helped Papa garden, cheered with him during WWF matches, and requested his “Papa” Noodles. The children aptly renamed the family kitchen “Papa’s Cafe”. Family and close friends, Rose and Gerry, traveled to Italy to visit the homeland. Jim often reminisced about the food and all the walking. His family remembers his quick wit and how he made them laugh no matter the predicament. His love of family began at an early age when his family and his loving cousins, Diane and Sheila, shared a home. Jim is the son of Margaret Gennari and the late Guido Gennari. He is the brother of the Valerie Gennari Pennington of Wakefield and the late Vincent Gennari. He also leaves behind his son, James Gennari Jr. his wife Kristen and their children Francesca and Bianca. In addition Jim had a parking lot family. Over the years he grew his business from a small operation to one that managed multiple lots including parking for the Spaulding Hospitals. Many staff members stayed for several years including his employee for more than 40 years and his friend John “Scratch” Patterson. Jim may have yelled when the Garden was breaking or when the guys were not waving hard enough but he always made sure that they had hot meals on cold nights. Jim grew up in Revere, worked in Boston but was a die-hard Yankees fan. He also loved the New York Giants, the WWF and horse racing. Secretariat was by far his favorite athlete. Jim loved to handicap and he was invited to many tournaments around the country because of his skill and love of the sport. He attended the Kentucky Derby and the Preakness with Ann Marie and also traveled to tracks around the country. His dream was to be a jockey. Jim was a chef and an entertainer. He loved having people to his home for a meal and a good conversation. You never left his house hungry. He enjoyed cooking Italian dishes such as tripe and chicken marsala. People would change their plans when they heard Jimmy was holding a party! He entertained his guests and family with stories about athletes and celebrities that he met at his parking lots. James was a generous, kind man who would buy a hungry person a meal, offer a tired person a ride, or just lend an ear. He was an avid fan of Frank Sinatra. James, Jim, Jimmy, Jimbo, Dad, Papa would tell anybody, “I did it my way”. Please celebrate a life well lived and a man well loved. A visitation will be held on Wednesday, June 26, 2019 from 5:00pm to 8:00pm at the Paul Buonfiglio & Sons-Bruno Funeral Home 128 Revere St, Revere. Funeral Mass at Our Lady of Assumption Church in Lynnfield at 10:00am (everyone to meet directly at church). Interment Woodlawn Cemetery. In lieu of flowers donations can be made to St. Jude Children’s Research Hospital, 501 St. Jude Pl, Memphis, TN 38105-9959.