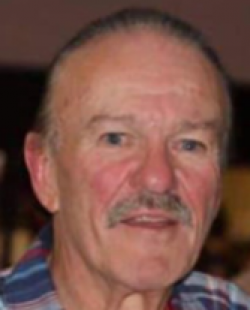 Dougie (Joseph D.) McGrath, Sr. passed away on March 6, 2019 at the age of 67 after a brave but brief battle with pancreatic cancer. Beloved husband of Cheryl (Mosca). Loving son of Ann (Nolan) and the late George McGrath. Devoted father of Nikki McGrath and her mother Lois McGrath of Revere, Kaitlyn Mahoney and boyfriend T.J. Castiello of Revere. Eddie Mahoney and girlfriend Marilin Berroa of Saugus, Makayla McGrath of Saugus, and Dougie McGrath Jr. of Saugus. Cherished grandfather of Jayden. Akovi and Amari. Dear brother of Ann Cheney of Winthrop, Pattie McGrath of Winthrop. Mary Hogan and her husband Dave of Winthrop. and the late George McGrath and his surviving wile Jane of Winthrop. Caring son in law of Carol Mosca and her late husband Frank. Brother in law of Frank Mosca and his wife Maria, and Michelle Napolitano and her husband Nicholas. Also survived by many loving nieces and nephews. He was a loving husband and devoted father. His children and grandchildren were his world and his light. He coached his son’s baseball team and never missed a baseball, softball or hockey game that his children played in. Watching those games and gatherings with family were the times he loved the best. He was a 1969 Winthrop High School graduate where he excelled in football, basketball and track. He loved golf and his Saturday golf outings with his friends. He played semi-pro football in Everett and was honored to have been invited to try out for the Chicago Bears where he had a short stint with them before he got hurt. He loved and was loved by so many as shown by the hundreds of people that showed up for his fundraiser. The outpouring of love and support was a tremendous source of pride for him and his family. Funeral from the Paul Buonfiglio & Sons-Bruno Funeral Home 128 Revere St, Revere on Wednesday, March 13, 2019 at 11:00am. Funeral Mass at St. Mary of the Assumption Parish at 12:00pm. Relatives and friends are kindly invited. A visitation will be held on Tuesday from 4:00pm to 8:00pm. Interment to be held at a later date. In lieu of flowers donations can be made to National Pancreatic Cancer Foundation, P.O. Box 1848, Longmont, CO 80502.