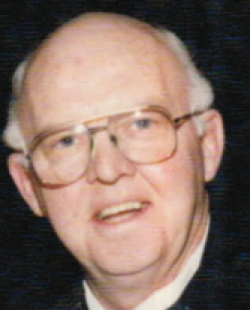 Shea, Edward “Eddie” F. III of Seabrook, NH formerly of Revere passed away surrounded by his loving family on October 28, 2018 at the age of 80. Born August 28, 1938 to the late Edward Shea Jr. and Helen (Brondson). Beloved husband of 59 years to Bernice (Pavey). Devoted father of John Shea and his late wife Gail of Lynnfield, Joyce Ciano and husband Paul of Hanson, Sarah Torretta and husband Joseph of Wakefield, Stephen Shea and his fiancé Gabriela Szarbo, and the late Julie Shea. Dear brother of Peggy Barbarino and her late husband Joe of Salem, Robert “Terry” Shea and his late wife Joanne of NH, Michael Shea and his wife Patricia of FL, Kathy Tourgeman of OH, Brian Shea of OH, and Keith Shea and his wife Kathy of Pembroke. Cherished grandfather of Ian and Evan Shea, Jordan and Michael Ciano, Olivia Santini and her husband Jonathan, Sonia Torretta, Nadia Torretta and fiancé P.J. Usalis. Adoring great grandfather of Luca Santini. Also survived by many loving nieces and nephews. Edward followed in his father’s and grandfather’s footsteps and worked for many years at the Boston Waterfront as a Steamship Authority Clerk where he met many of his past and present friends. He will be sorely missed by all who knew him. Funeral from the Paul Buonfiglio & Sons-Bruno Funeral Home 128 Revere St, Revere on Friday, November 2, 2018 at 10:00am. Funeral Mass at St. Anthony’s Church at 11:00am. Relatives and friends are kindly invited. A visitation will be held on Thursday from 4:00pm to 8:00pm. Interment Holy Cross Cemetery.