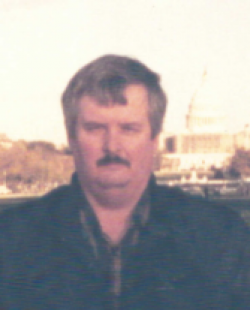 Gorman, Michael Joseph of Revere on May 31, 2017. Loving son of the late Charles and Margaret (Driscoll) Gorman. Mike was born in Boston and spent his childhood and teen years in Jamaica Plain. Later he enlisted in the United States Air Force then joined the Marines and was off to Vietnam. Mike had a number of ailments and illnesses mostly acquired in Vietnam trying to protect and enhance and protect the quality of life of its citizens. During and for his Vietnam stint he was awarded the National Defense Service Metal, the Vietnam Service and Campaign Metals, the RVN Cross of Gallantry, the Good Conduct Metal, the Rifle Marksman Badge, and for actions in Vietnam on September 6, 1969 the Purple Heart. He participated and attended many ceremonies honoring our military heroes. Leaving Vietnam he lived in East Boston and later in Revere. He sold fire alarm systems and was a trainer for racing greyhounds. He’d enjoy taking deep sea fishing trips off the coasts of FL, Costa Rica, Guatemala, Venezuela and always picking up the tab for one of his race track buddies he brought along. His greatest joy was being coined the “Grand Poo Bah” at the old Wonderland dog track and most recently Plain Ridge race track. The cast of characters were Fat Frankie, Johnnie Long Hair, Benny the Lip, Peter the Gee, Berkie, Pumpkin, Pine Cone, Killer, Shecky, and Wally Beech were right out of the pages of a Damon Runyon book. Mike would never refuse anyone down on his luck (or with a good story). I know he would also like to thank Laura and her crew at Sorella’s Restaurant for taking care of him over the years. Not counting a couple of Photo – Finishes – Mike seemed to have no regrets and lived his life as he wished. He will be sadly missed by his many friends. A committal service will be held at the Massachusetts National Cemetery in Bourne on Wednesday June 14, 2017 at 11:30am. Friends are kindly invited.